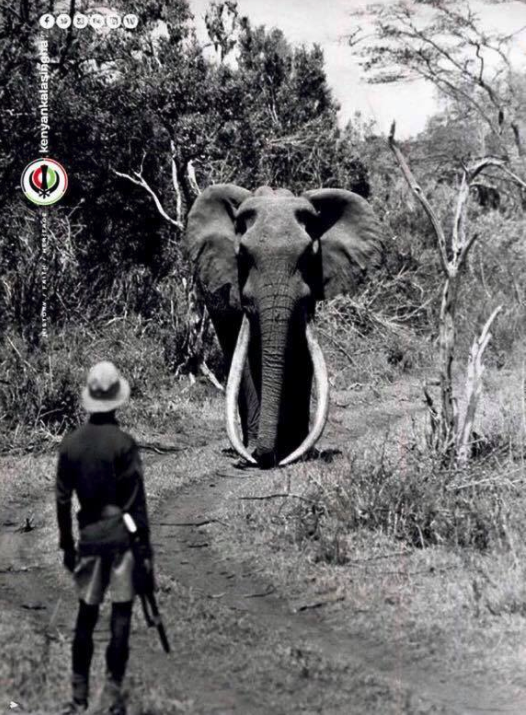 The main entrance to Marsabit National Park is called the Ahmed Gate, named after one of the most famous elephants in Kenya. Ahmed the elephant was known as the King of Marsabit due to his enormous tusks. His tusks were so large that he was the first, and only, elephant to be declared a national treasure and was granted presidential protection by President Jomo Kenyatta in 1970 to prevent him from being poached. Personal bodyguards were assigned to Ahmed, who would stay as close as possible to prevent any attacks against the regal pachyderm.

Ahmed was a loner and quite elusive, for an elephant, and so the stories about him became legend after several years. It is said that when he died in 1974, he was not found lying on his side, but was half leaning against a tree, resting on his tusks. Ahmed can still be seen today, as an exhibit at the Kenya National Museum in Nairobi.